You are here: Home / Archives for exercise

If You Want Lean Muscle Mass, It’s More About What you Eat and Less About What You Do 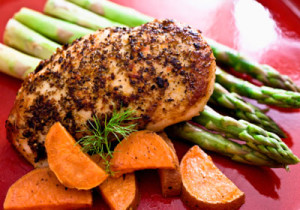 Most athletes want to be lean regardless of the sport in which they participate.  In fact, most of us, whether we are super athletic or weekend warriors, want lean muscle mass. So what is the most effective way to become leaner?  The secret is nutrition.  In other words, it’s what we eat…not what we do.  I have written many times about the Rule of 70. I believe weight loss/weight maintenance is 30% what we do (exercise), and 70% what we eat.  I think Alan Tyson would agree as he recently wrote about what we can do to create lean bodies with less training, and why it is a good thing. The following are the foods Tyson recommends for creating and maintaining lean muscle mass while also maintaining fitness.  By eating a combination of the following foods, not only will you likely see increased muscle mass and a leaner body, your workouts will take on a whole new level. END_OF_DOCUMENT_TOKEN_TO_BE_REPLACED

Why I Love Fall Fitness… Three of My Favorite Fall Workouts 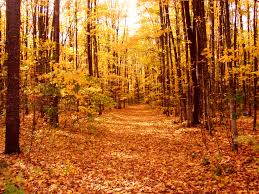 Here are three of my go-to fall workouts that are also three more reasons I love fall.

1.”Run Squat Run”.  Tired of the same-old same old run?  Add some squats/push-ups/lunges smack dab in the middle of your same old-same old.  If you are going out for 5 miles, for instance, stop after the first 2.5 and do the following quick and dirty mini workout: 3X 20 squats/ 20 push ups/ 20 lunges (you can drop this to 10 if 20 is too much at first).  Take a few much needed breaths at this point and ready yourself for the second 2.5 miles of your run.  Two things I like about this workout… 1) You won’t believe how much you want to run after you’ve done the squat – push up fun, and 2) You’ll find five miles goes much faster when you break it up this way. The cooler fall climate makes this a great time to try to change up workout…

END_OF_DOCUMENT_TOKEN_TO_BE_REPLACED

This Too Shall Pass….Unfortunately: Fitting in Exercise When Children are Young 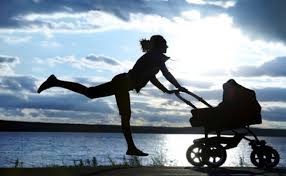 The other day I took a break from homeschooling #7, #8, and #9 (John, C.C., and Sam) and went to a barre class at noon (#6 who is 14 was home).  Although it’s been awhile since I was really unable to steal away, it still feels a little strange when I do.  For so many years my only chance at exercise during the week was early in the morning or while the kids were napping (thank God for my lifecycle). It’s a question I’m often asked, “How did you fit it in when your kids were all young?” END_OF_DOCUMENT_TOKEN_TO_BE_REPLACED

Exercise Should Relieve Stress, Not Create It 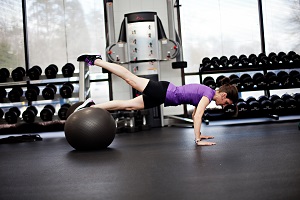 I was talking to a friend the other day.  He had read one of my blog posts and was asking if I was training for a triathalon.  This launched us into a discussion about biking. I explained why I don’t like it.  It takes a lot of time.  The equipment is expensive.  After two crashes, it scares me.  “Basically,” I said, “I want my workouts to relieve stress…not create it.”

That short conversation got me thinking.  What does exercise do for me?  It’s a whole lot more than physical.  Yes, it keeps me fit, but after all my years of pounding the pavement, cranking out pushups, or tweeking my perfect strength routine, I have come to believe that the most substantial benefit of fitness is what it does for my peace of mind. END_OF_DOCUMENT_TOKEN_TO_BE_REPLACED

Fitting in a Workout Means Sometimes It Isn’t Pretty…

A parking lot run is still better than no run at all!

I ran it today for 5 miles. …the parking lot, that is. Sometimes you just do what you have to do.  I am in Greensboro, NC, for a swim meet for #6 (Grace), and her warm ups started at 7 am this morning. With four kids along, it was too difficult to fit an early morning workout in and get her there on time!.   Instead I dropped Grace off and #5 (Annie) watched #8 and #9 (C.C. and Sam) while I ran in the nearby paved paradise.

END_OF_DOCUMENT_TOKEN_TO_BE_REPLACED

Filed Under: Motivation, Running Tagged With: exercise, running, Running where you can

When it gets too steamy outside…move your tough workouts inside!

It’s been a rainy summer in North Carolina.  I love cooler weather when it comes to fitness, but even I have been longing for hot, sunny days.  I realize, though, that I need to be careful what I hope for!  I was in New York City last week, where its hot, hot, hot.  My daughter has been interning on Capitol Hill this summer and last week it hit 100 degrees more than once.  She told me she went for a run and the heat and humidity were stifling.  Following are nine tips for keeping up with fitness during the dog days of summer. END_OF_DOCUMENT_TOKEN_TO_BE_REPLACED

Filed Under: Running Tagged With: exercise, fitness in hot weather, Tips for running in the heat

Running, Barre Classes, and Strength Workouts Combine to Make a Great Workout Schedule in My Mid-Forties 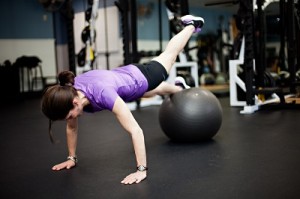 I turned 46 last February.  Wow…I am now closer to 50 than to 40 (but I’m ok with this – really)!  As I look ahead, I realize that I have settled into a routine that is suitable for my stage in life. Running, barre classes, and an at-home strength routine (often including the Lifecycle) …these are the workouts I love.  Of course for a mother of nine the other key to continuing fitness as I get older is strengthening my pelvic floor. END_OF_DOCUMENT_TOKEN_TO_BE_REPLACED

We Are What We Do… Running is one habit I don’t want to break!

“We are what we repeatedly do. Excellence, then, is not an act, but a habit.”  Aristotle

If this is true, and I believe it is, then I am an excellent coffee drinker! I couldn’t help but think of all my negative habits when I first read this quote.  For all the good habits I have acquired over the years, there are many negative ones too, I am afraid.  This thought made me a little too depressed – so I quickly shifted to thinking of the positive habits I have developed over the years (I made a mental note to shift back to the negative ones soon enough…procrastination being at the top of the list). END_OF_DOCUMENT_TOKEN_TO_BE_REPLACED 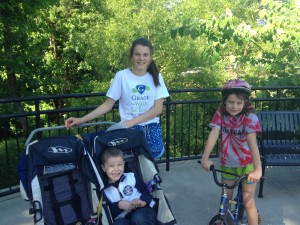 I was supposed to run early last Sunday.  Although I have developed a policy of not running on most Sundays, we had decided to go to a late Mass and it was a gorgeous morning.  The alarm woke me up, but I was too tired from a recent trip to Italy  to actually get out of the bed.  I lamely texted my running friend and told her I was a no-show.  I kept on sleeping.  When I finally did awake, I noticed #8  (C.C.) and #9 (Sam) in the bed with us.  I heard a few of the older ones already downstairs making breakfast.  It’s always hard for me to head out on a morning run when everyone is home. Typically, I sneak out early before everyone is up.

Sunday, however, it was too late to sneak out. I was just about to hop on my Lifecycle when my husband announced he was going for a run and asked if I wanted to join him.  #4 (Peter) was going and so was #5 (Annie).  It was tempting…I could leave the younger three with their sister #6 (Grace).  Before I could respond, the kids who had invaded my bed started to yell that they wanted to come too.  So much for a nice, long, leisurely run. Oh well. END_OF_DOCUMENT_TOKEN_TO_BE_REPLACED

Take Some Advice From These Fitness and Nutrition Experts!

I just finished reading TIME’s recent health blog in which they asked 10 fitness/nutrition experts from various backgrounds to talk about their plans for healthy eating and living (to read more click here).   I found a lot of food for thought, but basically I related to their idea of simple living, functional fitness, and not-too-complicated eating.  I drew from some of the highlights of the article and commented on why I liked what they had to say…