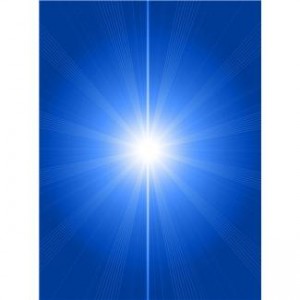 I stumbled onto a new run yesterday morning. Coming out of Levine Children’s Hospital, going down some cement stairs, crossing a creek bed, I found myself on the Sugar Creek Parkway (or the canal run) and took it for about half a mile into downtown Charlotte.  I turned around at that point and ran for another two miles to Freedom Park, passing dozens of other runners, walkers, and bikers. Then, after running  in the park for a few minutes, I turned around for the run back to the hospital.

I had been down at Levine’s Children’s Hospital for three days with our daughter (#6) Grace who at 7 am last Friday had a cyst removed from her face (next to her right ear).  We will find out exactly what the cyst was this week although we are fairly certain it was just one of those benign masses that form for odd reasons.  The surgery was more involved, however, than we had predicted.  She has two incisions because they had to “borrow” some belly fat to replace the skin that was removed from her face.  Grace has been a trooper and has literally not complained about anything (even pain) since we arrived at 4:45 am on Friday.

Yesterday morning we received word from the doctor that Grace would likely go home that afternoon…so after he left and the nurse removed her I.V., I left my husband and Grace (who was playing with the “Fresh Paint” app. on my new computer) in her room and went out for a quick run.  As I made my way to the elevator,  past the patient’s rooms, past the cafeteria and the patient services area, I realized I was almost running for the door.  When it opened I saw for the first time in a few days how incredibly bright the sky was… it was one of those days when “Carolina Blue” is exhibited in all its glory.   I started my run slowly…feeling how cramped I had felt those last few days in the hospital room.  As I settled into the run though, I felt myself breathing in all the fresh air…I literally couldn’t get enough of it.  It’s funny how just a few days make such a big difference in perspective.  What I love about a run is the time it gives us to reflect…to make sense of new perspectives and see things a little more clearly.

It had dawned on me over the last few days how helpless it sometimes feels to be a parent.  As I mentioned earlier, we have no reason to think that the cyst (that became visible just months ago but had grown rapidly as of late) was anything more than just a harmless mass…and nevertheless, it was now gone (“tracks” and all).  However it has reasonably given us pause…and seeing some of the other children and their families in the hospital made me wonder about their stories as well…How long they have been here?…What brought them in?…Will they get better?  We all know that our children will endure some hardship and suffering in this life.  Although we don’t know when or to what extent, we know that none of us get through life without a struggle.

Running along the canal I found myself reflecting on the truism about  yesterday, tomorrow, and today.  Dwelling on yesterday causes us undo concern or regret, thinking too much about tomorrow makes us worry and fret…but clinging to the day we have in front of us is the only sure way to keep a hopeful perspective.  As a parent I think that is how we survive without dying of fear or worry.  I have a friend whose 18 year-old son was in a diving accident in Brazil about a month ago.  She and her family have been by his side at a hospital in Brazil as he has fought for his life and now fights to breathe on his own and to move at all. Breathing…and moving.  Those are things we all take for granted.

Running on my healthy two legs, and breathing in the fresh Carolina air yesterday morning, I thought about my friend and felt a deep sadness for her and for her son. Yet I know that she is a very hopeful person full of faith…and that she is telling her son to lean on his own faith during this mighty struggle…and to never lose hope.  Life is not easy.  Sometimes it is terrifyingly hard. But it does go on.  We wake up and it is a new day.  We hug our kids.  We tell them we love them.  I think I will try to hug a little harder and say “I love you” a little more often. As I turned back toward the hospital and squinted in the morning sunshine, I sensed the run had given me new perspective… and the hope I felt was overwhelming.