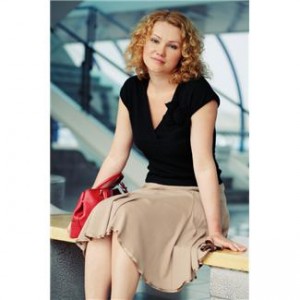 I have written about the Rule of 70 (70% of weight loss comes from what we eat, 30% comes from exercise)  on this website before, and so when I recently came across an article saying something similar, I was intrigued and decided to dig in a little more. I believe that cutting calories through dietary changes is a more efficient way to lose weight than exercise.  This is really only important if weight loss is your goal (it isn’t mine – although weight maintenance is).

Not long ago after a group exercise class, I overheard a woman tell another person in the class that she had been exercising almost daily for over a year and still had not lost more than a few pounds.  I think this is a fairly common complaint and I have decided I have some advice for someone who might have similar frustrations:  Take a week off of exercise and revamp your “diet”. I am not suggesting you go on a diet.  Diets are destined to fail.  What I am saying is stop working out for one week and concentrate on what you are eating instead.  Try listening to your body’s cues about hunger; plan your meals and snacks, and drink more water.  I am not even suggesting that you have to eat less, just that you eat more carefully for a week.  Do your best to avoid sugary snacks and desserts and stay away from white breads and pastas.  Eat only when you are hungry and stop eating when you feel full.  However, drink water even when you are not thirsty. After about 4-6 days,  see if maybe you feel a little “lighter”. Sometimes when we are exercising regularly, we give ourselves too much leeway for eating in non-nutritious ways.  Maybe its more sweets or snacks than we would if we weren’t exercising, or maybe it’s a lot bigger portions.  When we take some time off of working out, we can be a little more strict with ourselves and perhaps see if there are ways to tighten the nutritional reigns.

We all know that when we exercise regularly, we burn calories, and that we are often hungrier because we have expended energy.  Because of this, we sometimes eat more than we need to (especially at the meal that is closest to finishing the workout).  We also tend to crave carbohydrates (maybe because we need them for energy and our bodies are asking for them).  So although we are burning more calories than if we were not exercising at all, we may not be burning much more than those extra calories that we ate because we were exercising!  Does that make sense?  I am certainly not advocating not working out.  But after all of the years of exercising that I have done,  I have come to the conclusion that exercise is not the “weight loss” panacea I may have once thought it was.  I am fine with that now, but I wasn’t always okay with it.  I remember after having a baby, for instance, that I was very eager to lose weight fast.  So I would inevitably try to get back to pre-pregnancy fitness as soon as I could.  What I often found was that I wouldn’t lose it nearly as fast as I thought I would considering the level of exercise I was doing.  Aside from other factors such as breastfeeding, I believe this was partially due to placing too much emphasis on exercise and not enough on eating well.

A  study reported in 2010 in the American Medical Association’s publication, evaluated the various amounts of daily physical activity on long-term weight changes in women following a normal diet.  Almost 35,000 women participated in the study with an average age of 54.2 (the study lasted from 1992-2007).  The results published in 2010 were interesting. For women with BMI (body mass index is a measure of body fat based on height and weight that applies to adult men and women) less than 25 kg./M2 – there was significant dose-response relationship between activity levels and weight gain ( meaning they didn’t gain weight – they stayed at their “normal” weight).  The workouts described in the study were approximately 60 minutes of moderate-intensity (cardio mainly).  In other words, regular workouts of about 60 minutes of aerobic exercise (moderate intensity) was associated with successfully maintaining normal weight…(not gaining weight), but it wasn’t considered significant for weight loss.  No relationship occurred among women with a BMI 25-29.9 or 30.0 and up.  This study confirms my own understanding that it is a combination of nutrition and exercise that helps those who are seeking to lose weight, but that exercise alone (even 60 minutes of aerobic workouts on a regular basis) appears insufficient for weight loss.  For weight maintenance, exercise alone was found to be sufficient, however.  One thing the study did not look at, though, was the type of workout (they did not look at strength training vs. cardio for instance). For more on this study see the Journal of the American Medical Association March 24/31.

All this brings me back to the Rule of 70, and as I get older (Ill be 45 in a couple of weeks) I think it takes on more significance for me.  A week off of exercise every once and a while is a good way to focus on how my eating might need fine tuning.  Without the workouts to “back it up”, I have to really hone in on the nutrition piece , and I find that I often actually lose a pound or two in the process!   Can anyone else concur?  Have you ever tried taking off time from exercise to focus on your nutrition?  Let us know.