You are here: Home / Cancer / Cancer: One Year Later… 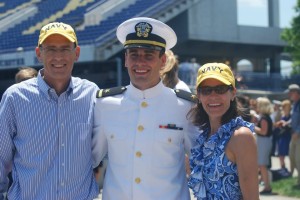 We are very grateful.  One year ago today, my husband James finished chemotherapy and radiation for Stage IV head and neck cancer. The treatment was brutal. Essentially, 7.5 weeks of radiation and the mouth and throat don’t mix. Last Friday, my husband had his PET scan to determine if there were any active cancer cells. Thanks be to God, his scans were clear.  As of right now, he continues to be in remission. We are all so very thankful.

The biggest surprises have been the many blessings that have come out of James battle.  I wrote in May of 2012 that when he was first diagnosed I felt like we were up against a giant of a competitor, and I had a strong sense that I somehow couldn’t keep up.  A feeling of urgency made me feel like I was far behind in this race we suddenly faced.  It’s odd to think of that now.

I admit that the sense of urgency has never left me, and yet it has evolved into a different kind of preoccupation. I realize now that fear was behind that emotion I felt a year ago.  Over the course of this last year, with the help of many prayers, I now feel a sense of not wanting to miss things.  I have learned that the journey is often as important as the endpoint.  Unfortunately, it is often the journey we rush through.  It is the journey we are so quick to hurry along.  It is the journey we tend to overlook as we busy ourselves with trying to reach the end.  Yet it is the journey that usually reveals so much if we are willing to see it.

As I said a year ago, “Cancer is powerful…but so is Hope”.  Hope comes in many forms, but it is often seen most clearly in others who gather around to support us.  I cannot begin to thank all those who gathered around us during James’ treatments.  The food, house cleanings, help with our children, and most importantly, the prayers, were tremendous.  Just two weeks after James finished his last radiation treatment, our eldest son graduated from the United States Naval Academy and was commissioned as a Naval officer.  The doctors had told James for months that it was very likely that he would be too sick and weak to make the trip. He never heard a word they said. We all made the trip to Annapolis, Maryland.  In truth, he was very sick. Because of the third degree burns in his mouth and throat, his ability to eat had virtually stopped. Always stubborn, he refused to use the feeding tube that had been surgically installed as he was concerned about the loss of swallowing function. He was losing about a pound a day (he lost 40 pounds off an already pretty lean frame) and was suffering severe dehydration that necessitated one trip to the Annapolis E.R. for I.V. fluids.

Even through all of this, he was able to attend many of the events surrounding Charlie’s graduation and Commissioning Week. No matter how he felt, he was so happy to be done with treatment, so happy to be with family and friends and so proud of Charlie. He wouldn’t have missed it for anything in the world. We had over 20 people staying in our rental house that week and had family and friends visiting from as far away as Texas and Illinois and New York. The week was momentous in so many ways. It was the end of four long years of hard work and sacrifice for our son. It was his new beginning. It was the end of several very hard months of treatment for James. It was the moment where he had physically hit bottom. His slow recovery began that week. It was his new beginning as well. 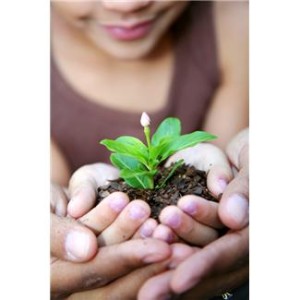 During this last year I  learned that my hope comes directly from my faith.  Faith can sometimes be as small as a mustard seed, but God, who is so much larger, can fill in where we are lacking so that it grows into something much, much greater than we could ever imagine.  Shortly after James’ diagnosis. I was given a very special gift from our friend, Lori.   It was a necklace that held a tiny mustard seed and on the back were the words, “For JH” (James’ initials).   She also gave one to my daughters, my mother and my sisters. Immediately, others began asking for their own necklaces. Friends, co­workers, family members all began to wear the necklace as a sign of faith and support.                This simple, beautiful piece of jewelry was so much more than a necklace. It represented faith, hope, support, friendship and love.

If I have learned one thing this year, it is that we really don’t know tomorrow at all.  Yesterday is gone except for its memories.  What we are left with is today.  Cliche or not, today is filled with opportunities to give, to love, to be grateful, and to be a reflection of the faith that is within us.  Although we have no idea what tomorrow will bring, we can hope in what it might.  One year after a cancer treatment, I am filled with a hope that while tempered by reality, is strong enough to still (and always) believe. Thank you so much for your prayers and support for James, for me and our family.