You are here: Home / Archives for spirituality 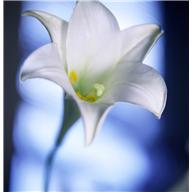 As a Catholic, I try to live the three days leading up to Easter in a way that unites me to Christ in a more intimate way.  I do this so that on Easter I can truly celebrate His gift of salvation.  Exercise, during these three days, takes on a different meaning for me….my workout is less physical and more spiritual. END_OF_DOCUMENT_TOKEN_TO_BE_REPLACED

Make a joyful noise unto the LORD, all ye lands.

Serve the LORD with gladness:
come before his presence with singing.

Know ye that the LORD he is God:
it is he that hath made us, and not we ourselves;
we are his people, and the sheep of his pasture.

Enter into his gates with thanksgiving,
and into his courts with praise:
be thankful unto him, and bless his name.

For the LORD is good;
his mercy is everlasting;
and his truth endureth to all generations

Quote of the Week: “When I Run I Feel His Pleasure”…

On Monday I wrote about endorphins, those neurotransmitters in the brain that have been known to induce euphoria. Today I am writing about another kind of euphoria that can also come from running and exercising…the spiritual kind. Although we have all heard of the slogan “mind, body, spirit“, it can sometimes seem strange to integrate the three in a literal way. One of my favorite quotes comes from the movie, “Chariots of Fire”. In the movie, runner Eric Liddle of Scotland (a missionary and winner of the 400 meters in the 1924 Olympics in Paris) is explaining to his sister his desire to run in the Olympic Games. He says, “God made me for a purpose. But he also made me Fast. And when I run, I feel His pleasure.” END_OF_DOCUMENT_TOKEN_TO_BE_REPLACED