You are here: Home / Archives for sleep and weight gain

Sleep is As Important As Exercise…Sometimes Even More So. 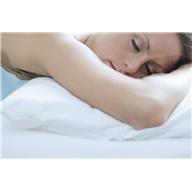 I overheard a conversation the other day while I was at Target.  Two women were in line behind me and one of them was telling the other that she recently had gained about 4-5 pounds and she was contributing it to lack of sleep.   The other woman was surprised to hear her friend blame lack of sleep on her weight gain, but the eves-dropper (me) wasn’t.  Many people know that sleep is important for things like cognitive functioning, moods, and general health, but there are many who don’t realize that a lack of it can also contribute to weight gain. END_OF_DOCUMENT_TOKEN_TO_BE_REPLACED

Filed Under: Uncategorized Tagged With: sleep and exercise, sleep and weight gain