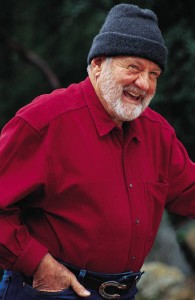 Can exercising after finishing chemotherapy treatments help with efficacy? Last weekend an important meeting in Colorado discussed this among other important topics…

Last weekend there was an important meeting of the minds in Westminster, Colorado. The Integrative Biology of Exercise VI meeting was a collaborative effort between the American Physiological Society, the American College of Sports Medicine and the Canadian Society for Exercise Physiology.  The following article describes a recent study which looked at the effects of exercise on cancer patients (who exercised for several weeks) after chemotherapy treatment, and was certainly discussed at the meeting in Colorado.

We are all affected by cancer.  It is exciting to see the effort on the part of various specialties  in the medical community coming together to study how exercise can have a positive impact on those recently treated with chemotherapy.  I have seen the positive effect first hand as my husband, James has gone through his treatments for cancer.  Even though extremely tired and lacking energy, James continued to exercise (mostly walking and a little running) throughout his chemotherapy and radiation treatments.  He continued to exercise after the treatments as much as he was able, and it seems obvious to me that this has been a real benefit to him.

I copied the article in its entirety here:

ScienceDaily (Oct. 10, 2012) — Researchers may soon be able to add yet another item to the list of exercise’s well-documented health benefits: A preliminary study suggests that when cancer survivors exercise for several weeks after they finish chemotherapy, their immune systems remodel themselves to become more effective, potentially fending off future incidents of cancer. The finding may help explain why exercise can significantly reduce the chances of secondary cancers in survivors or reduce the chances of cancer altogether in people who have never had the disease.

Laura Bilek, Graham Sharp, and Geoffrey Thiele, all of the University of Nebraska Medical Center, and Daniel Shackelford, Colin Quinn, and Carole Schneider, all of Rocky Mountain Cancer Rehabilitation Institute, analyzed T cells in the blood of cancer survivors before and after a 12-week exercise program. They found that a significant portion of these immune cells converted from a senescent form, which isn’t as effective at combating disease, to a naïve form, ready to fight cancer and infections.

Their poster presentation entitled, “Effect of Exercise on T Cells in Cancer Survivors,” will be discussed at The Integrative Biology of Exercise VI meeting being held October 10-13 at the Westin Westminster Hotel in Westminster, CO. This popular meeting is a collaborative effort between the American Physiological Society, the American College of Sports Medicine and the Canadian Society for Exercise Physiology. The conference is supported in part by the National Institute of Arthritis and Musculoskeletal and Skin Diseases, an institute of the National Institutes of Health, GlaxoSmithKline, Inc., Stealth Peptides, Inc., and Seahorse Biosciences.

Study leader Laura Bilek explains that previous research had turned up a variety of positive associations between exercise and cancer — notably, that exercise can reduce the risk of getting initial incidence of several different types of cancers, can often improve prognosis in cancer patients, and can reduce the risk of recurrence and secondary cancers survivors of some types of cancers. However, the mechanism behind these phenomena has been unknown.

Since other research has suggested that exercise can remodel the immune system, making it more effective at fighting disease in general, Bilek and her colleagues decided to investigate how exercise affects the immune system of cancer patients. Working with a group of 16 cancer survivors, all but one of who recently finished chemotherapy cancer treatment, the researchers focused on T cells, a type of immune cell that attacks a variety of infectious agents as well as cancer cells. After chemotherapy, previous research had shown that the majority of T cells become senescent, with a decreased ability to fight infections and cancers. However, Bilek says, rebuilding the population of responsive (naïve) T cells is critical for regaining normal immune function and cancer-fighting ability.

The researchers first took blood samples from each of the volunteers to examine how many senescent and naïve T cells each had. Then, these study subjects were all enrolled into 12-week exercise programs at the Rocky Mountain Cancer Rehabilitation Institute. All programs were individualized for the study participants, incorporating elements of cardiovascular exercise, strength and endurance training, and exercises for flexibility, posture, and balance, with extra emphasis in areas where participants were weak.

After the 12-week program, the researchers drew a second blood sample from each volunteer and ran the same T cell analysis.

Another Reason to Work Out Results showed that the ratio of senescent to naïve T cells changed favorably in the majority of participants, with most of the study subjects regaining greater numbers of the naïve variety.

“What we’re suggesting is that with exercise, you might be getting rid of T cells that aren’t helpful and making room for T cells that might be helpful,” Bilek says.

She adds that this finding highlights the importance of exercise for all, including those with cancer and cancer survivors. These two populations might benefit especially from the heightened “cancer surveillance” — the ability of the immune system to seek out and destroy budding cancers — that this study suggests exercise brings, Bilek explains.

“There’s a litany of positive benefits from exercise,” Bilek says. “If exercise indeed strengthens the immune system and potentially improves cancer surveillance, it’s one more thing we should educate patients about as a reason they should schedule regular activity throughout their day and make it a priority in their lives.”