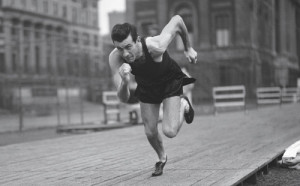 Occasionally, whether in person or in a book, we are introduced to such a remarkable human being that we are changed by the very meeting.  This is what it is like to read about Louie Zamperini in Unbroken, by Laura Hillenbrand.  Hillenbrand also gave us the story of Sea Biscuit, the famous race horse, and we were similarly touched. Unbroken is a story that is at once unbelievable and yet incredible because it is true.  To become acquainted with Louis Zamperini is to love him.  His spirit, his zeal, and his amazing will to live challenge us to become better people for knowing him. Even if we have only read about him.

Louis Zamperini had been on my mind since  I’d read Unbroken on a long car ride earlier this summer.  Then two weeks ago, I heard Zamperini had passed away.  He was 97 years old.  Hillenbrand, an eloquent writer, expressed her thoughts on Facebook the day after Louie’s passing.  Here are her words, “In a life of almost unimaginable drama, he experienced supreme triumphs, but also brutal hardship, incomprehensible suffering, and the cruelty of his fellow man. He was an airman, a plane crash victim, a castaway, he was attacked by sharks and strafed by his enemy, he was a POW and a slave, he struggled with post-traumatic stress disorder. But Louie greeted every challenge of his long journey with singular resilience, determination and ingenuity, with a ferocious will to survive and prevail, and with hope that knew no master. His life would not be a sad story because he would not allow it to be. His story is a lesson in the potential that lies within all of us to summon strength amid suffering, love in the face of cruelty, joy from sorrow.” 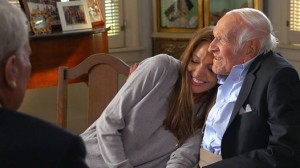 As a runner, I was compelled by the story of what brought  Zamperini to the Olympics in 1936.  With a son in flight school, I was equally compelled by the story of his experience as an airman in the war.  Mostly, though, it was his abiding perseverance and extraodinary resilience that was the most compelling part of Zamperini’s story. If you haven’t read Unbroken, I recommend you do soon. You will be grateful for the privilege. His story is the subject of a movie directed by Angelina Jolie that will be in theaters on Christmas day.  Here is a link to the trailer: http://trailers.apple.com/trailers/universal/unbroken/.