You are here: Home / Family Life / Modern Technology and Sleep Deprivation: You Might Want to READ THIS!

Modern Technology and Sleep Deprivation: You Might Want to READ THIS! 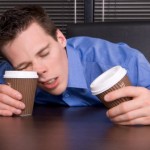 Sleep. It’s a beautiful thing.  Yet it is also a source of frustration for many.  It has recently come to my attention that a few of my children are having trouble sleeping.  I thought it might be situational. Our oldest son is in flight school, training to fly the F-18 Super Hornet.  Over the last few years he has spent a lot of late nights in the simulator or studying so I am not that surprised that his sleep routine has been altered.  However #6 (Grace), who is a freshman in high school, also often has trouble sleeping.  She is a VERY active 14 year-old.  If I was doing what she is doing (in terms of physical activity), I would crash every time my head hit the pillow.  Then #3 (Thomas), when he was home for Christmas, told me he has trouble with sleep as well.  A Division 1 athlete, Thomas has a daily afternoon practice of 2-3 hours and attends morning practice 2-3 days a week around 5 am. So why is he having trouble with sleep? I can’t imagine making it to 10 pm without falling asleep on my feet with the physical schedule Thomas keeps.

Hmmm….  What’s going on?  I worry about my sleep-deprived kids.  I know how crucial sleep is to our health. Could there be something else going on here? Besides being from the same geneological line, what do Charlie, Grace, and Thomas have in common?  They all use modern technology a lot (or at least as much as most people their age do). A quick google search brought me to an article posted yesterday (Feb. 19) about sleep on mercola.com. My friend, Alan Tyson, physical therapist and owner of Architech Sports in Charlotte, NC,  introduced me to Dr. Joseph Mercola‘s website a few years ago when I was writing about nutrition.  Dr. Mercola has a lot of interesting things to say regarding health and fitness. Board-certified in family medicine, Dr. Mercola is trained in both traditional and natural medicine (he has written a new book called Effortless Healing which will be available in late February).  Sometimes controversial, he is always thought provoking. Here is what he says about the affect of technology on sleep:

Modern Technology Can Affect Your Sleep in Several Ways

Modern technology is in large part to blame for many peoples’ sleep problems, for several reasons, including the following:

According to the 2014 Sleep in America Poll,8 53 percent of respondents who keep personal electronics turned off while sleeping rate their sleep as excellent, compared to just 27 percent of those who leave their devices on.

Daytime exposure to bright sunlight is important because it serves as the major synchronizer of something called your master clock, which in turn influences other biological clocks throughout your body.

Even Daytime Use of Technology Can Significantly Prevent Sleep, Especially Among Teens

People now get one to two hours less sleep each night, on average, compared to 60 years ago.9 A primary reason for this is the proliferation of electronics, which also allows us to work (and play) later than ever before.

According to recent research, teens in particular may have difficulty falling asleep if they spend too much time using electronic devices—even if their use of technology is restricted to daytime hours! As reported by the Huffington Post:10

“The cumulative amount of screen time a teen gets throughout the day — not just before bedtime — affects how long they sleep, according to the study11…

‘One of the surprising aspects was the very clear dose-response associations,’ said the study’s lead researcher Mari Hysing… ‘The longer their screen time, the shorter their sleep duration.’”

Boys spent more time using game consoles, while girls favored smartphones and MP3 music players, but regardless of the type of device, the effect on sleep was the same. The researchers found that:

Another study-which looked at sleep habits and mental functioning in later years—reviewed 50 years’ worth of sleep research, concluding that sleeping well in your middle-age years is an “investment” that pays dividends later. According to Michael Scullin, director of the Sleep Neuroscience and Cognition Laboratory at Baylor University in Texas: “We came across studies that showed that sleeping well in middle age predicted better mental functioning 28 years later.”

This seems like a reasonable conclusion when you consider the more immediate benefits of getting enough sleep. Accumulated over time, both hazards and benefits are likely to pay dividends or exact a toll… For example, recent research shows that lack of sleep can shrink your brain, which, of course, can have adverse long-term ramifications. Other research published in the journal Neurobiology of Aging suggests that people with chronic sleep problems may develop Alzheimer’s disease sooner than those who sleep well.

Researchers have also found18 that adding just one hour of sleep a night can boost your health rather drastically. Here, they set out to determine the health effects of sleeping 6.5 hours versus 7.5 hours a night. During the study, groups of volunteers slept either 6.5 hours or 7.5 hours a night for one week. They then swapped sleeping durations for another week, yielding quite significant results. For starters, the mental agility tasks became much more difficult for the participants when they got less sleep. Other studies have also linked sleep deprivation to decreased memory recall, difficulty processing information, and dampened decision-making skills.

Even a single night of poor sleep—meaning sleeping only four to six hours—can impact your ability to think clearly the next day. It’s also known to decrease your problem solving ability. The researchers also noted that about 500 genes were impacted. When the participants cut their sleep from 7.5 to 6.5 hours, there were increases in activity in genes associated with inflammation, immune excitability, diabetes, cancer risk and stress. From the results of this study, it appears as though sleeping for an extra hour, if you’re regularly getting less than seven hours of sleep a night, may be a simple way to boost your health. It may even help protect and preserve brain function in the decades to come.

Making small adjustments to your daily routine and sleeping area can go a long way to ensure uninterrupted, restful sleep and, thereby, better health. I suggest you read through my full set of 33 healthy sleep guidelines for all of the details, but to start, consider implementing the following key changes:

Even the American Medical Association now states:20 “…nighttime electric light can disrupt circadian rhythms in humans and documents the rapidly advancing understanding from basic science of how disruption of circadian rhythmicity affects aspects of physiology with direct links to human health, such as cell cycle regulation, DNA damage response, and metabolism.”