You are here: Home / Family Life / It’s the New Year, Stupid (and a Quote of the Week)

It’s the New Year, Stupid (and a Quote of the Week) 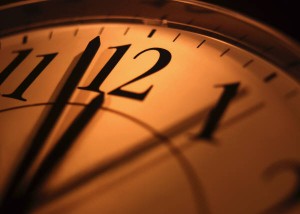 Quote of the Week:

Ah, but a man’s reach should exceed his grasp,
or what’s a heaven for?
Robert Browning

With January 1st just around the corner, New Year’s resolutions are on my mind. I love resolutions.  Maybe it’s because I love the chance to start again, and I always think this time I’m gonna stick with it.  I realize not everyone feels the same way.  The other day while I was in a long line at Starbucks, I overheard a conversation between three people who all agreed that New Year’s resolutions are overrated, unrealistic, and just stupid, really. None of them were setting any resolutions for the new year, because they knew they would never keep them.  I thought about this as I left Starbucks and I decided I totally disagree. The point isn’t whether or not we keep our resolutions, but that we make them at all.

I couldn’t begin to tell you any of my past New Year’s resolutions.  They obviously didn’t last and in the end, certainly left no lasting impressions or change.  But then again, maybe they did.  While I understand that the poignancy of a new goal or resolution can lose it’s forcefulness so quickly that two weeks after the new calendar officially begins, the resolution has faded into a distant memory, I also happen to believe that resolving to do better means that we are a hopeful people. Setting goals and making resolutions are things  that are deeply rooted in who we are.  No matter how many times I set and reset new resolutions, I never totally lose my confidence that it will be different this time…  this time I will stick with it!  Maybe this makes me an optimist; certainly not a realist.  But I would rather enthusiastically believe that I can make myself better- that I am capable of positive change, than believe it is hopeless and there is not a chance in the world that I will stick with it. Like Robert Browning, I will set my expectations high, even if they exceed my grasp.

So, with this renewed sense of confidence (and ignoring the pessimism I overheard at Starbucks), I am publicly setting forth my lofty resolutions (nine, of course) for 2012 for everyone to see.  Just don’t hold me to them… after all, it’s the New Year, stupid!

6. Do kegel exercises at least four days a week.